This morning I woke up and decided to fulfil my promise. I went to the park to take some pictures of autumn for my SunnyKiss Photography collection. I experienced some lovely connection with nature and animals of this park, I saw deers resting in the fenced off area ( thus no pics).. and I saw lovely squirrels and a variety of birds there. Here are some best shots. 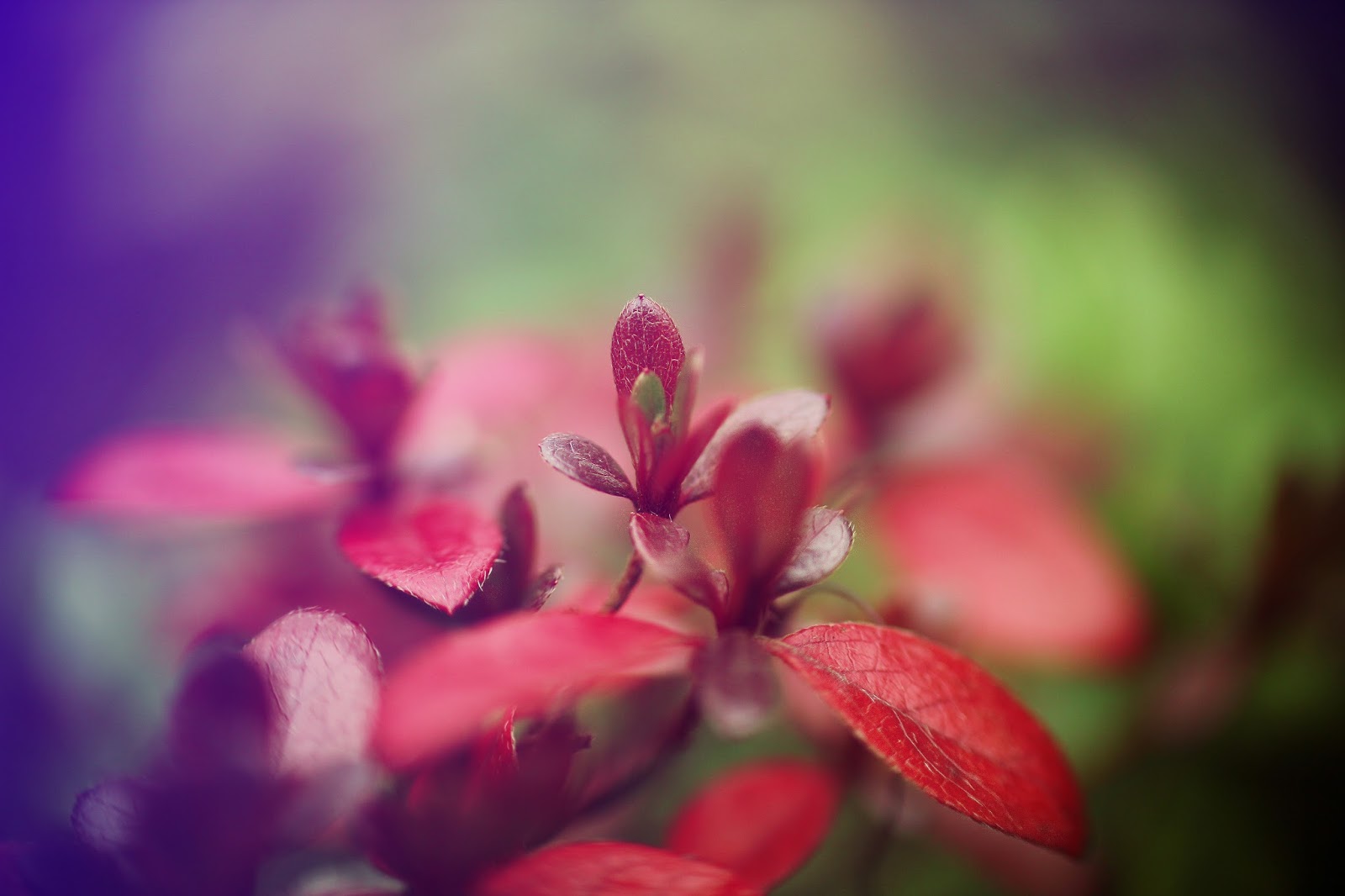 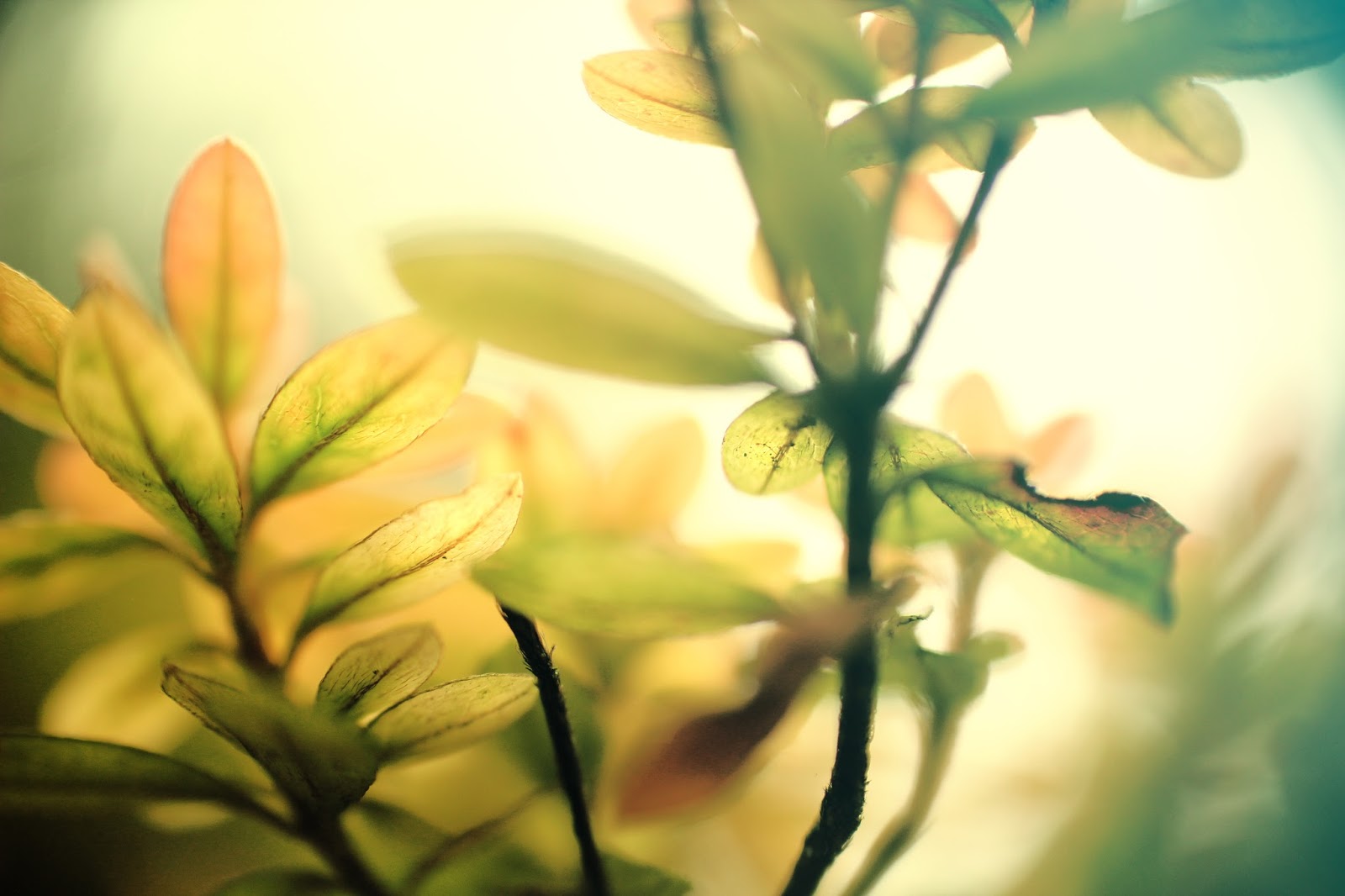 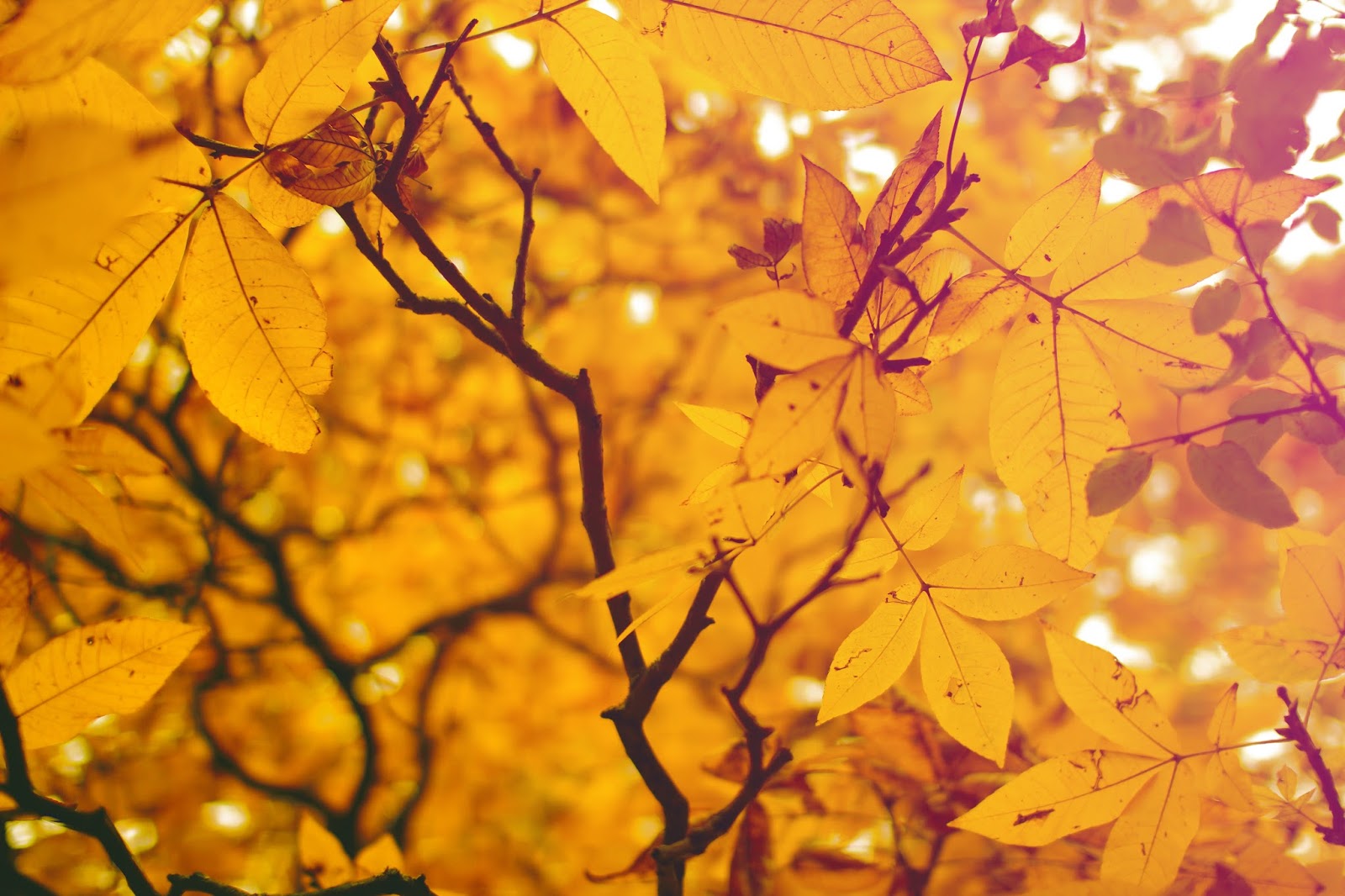 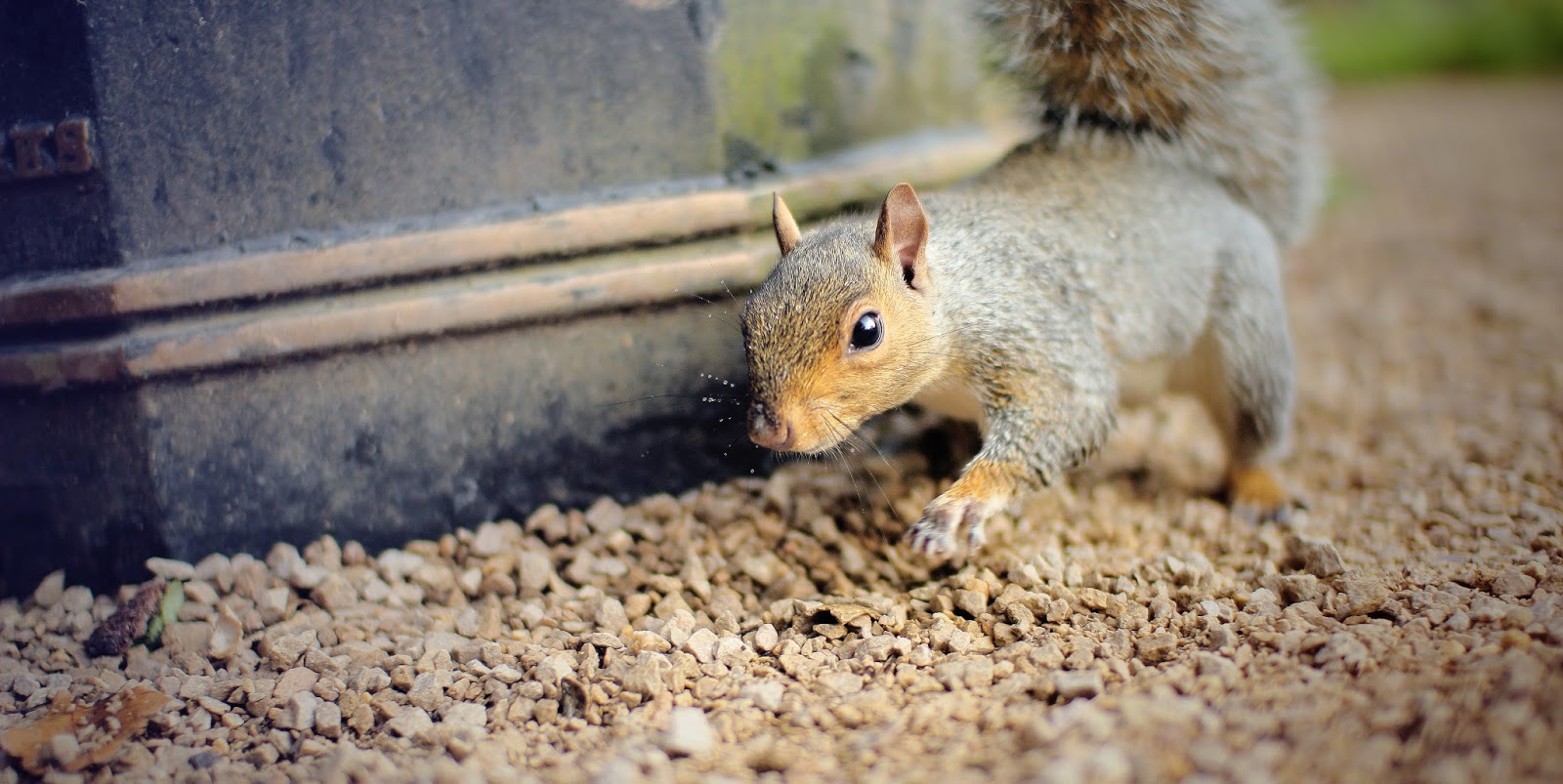 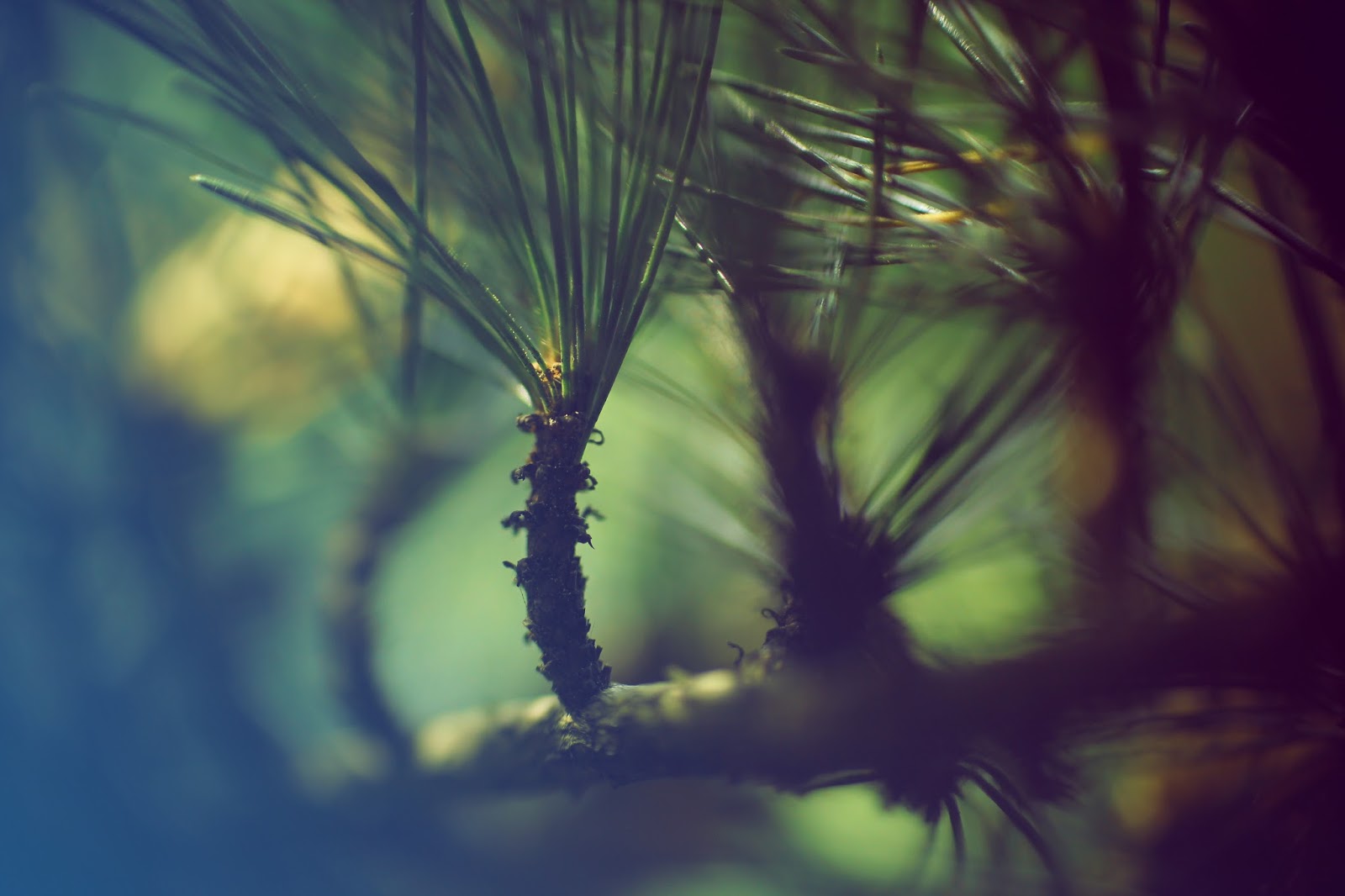 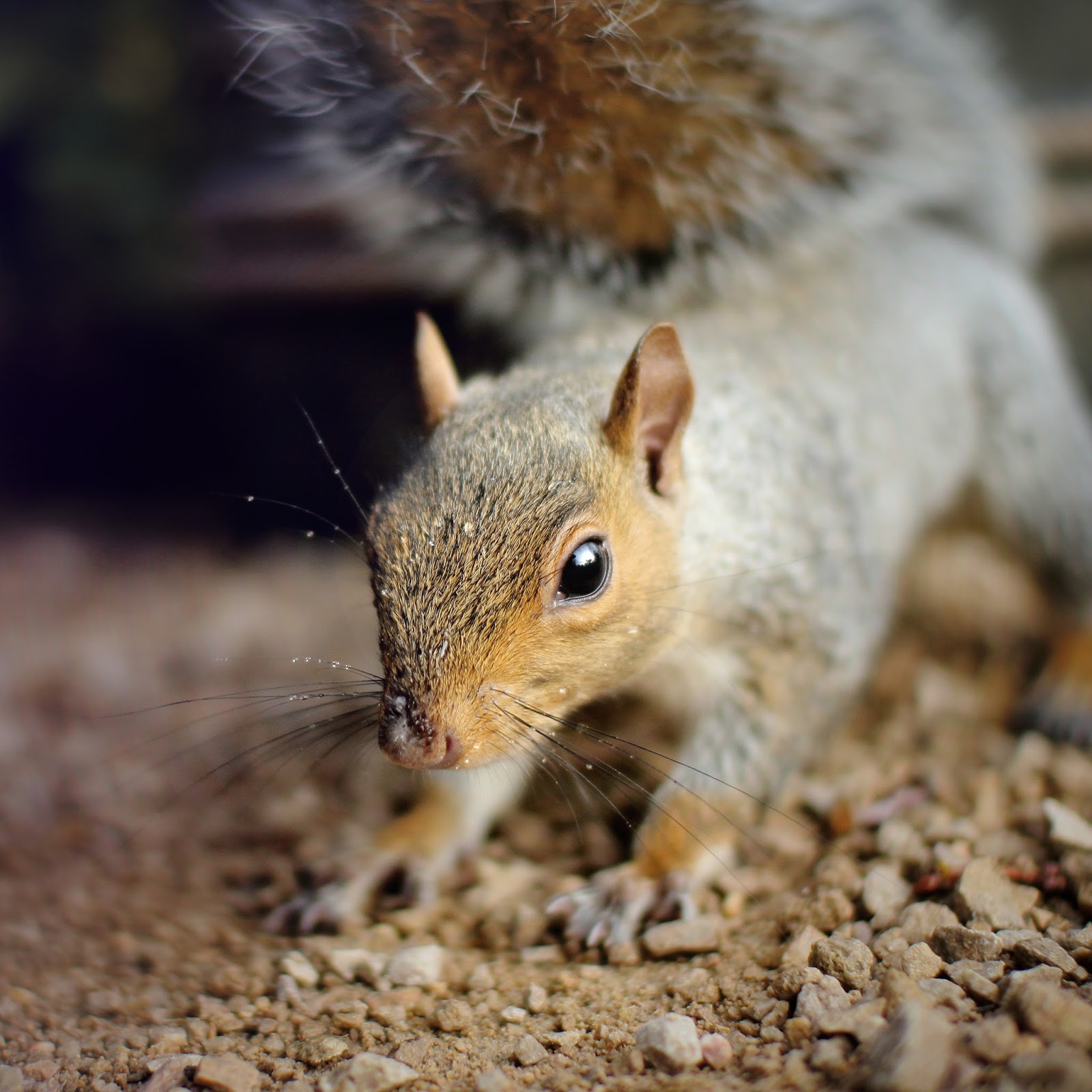 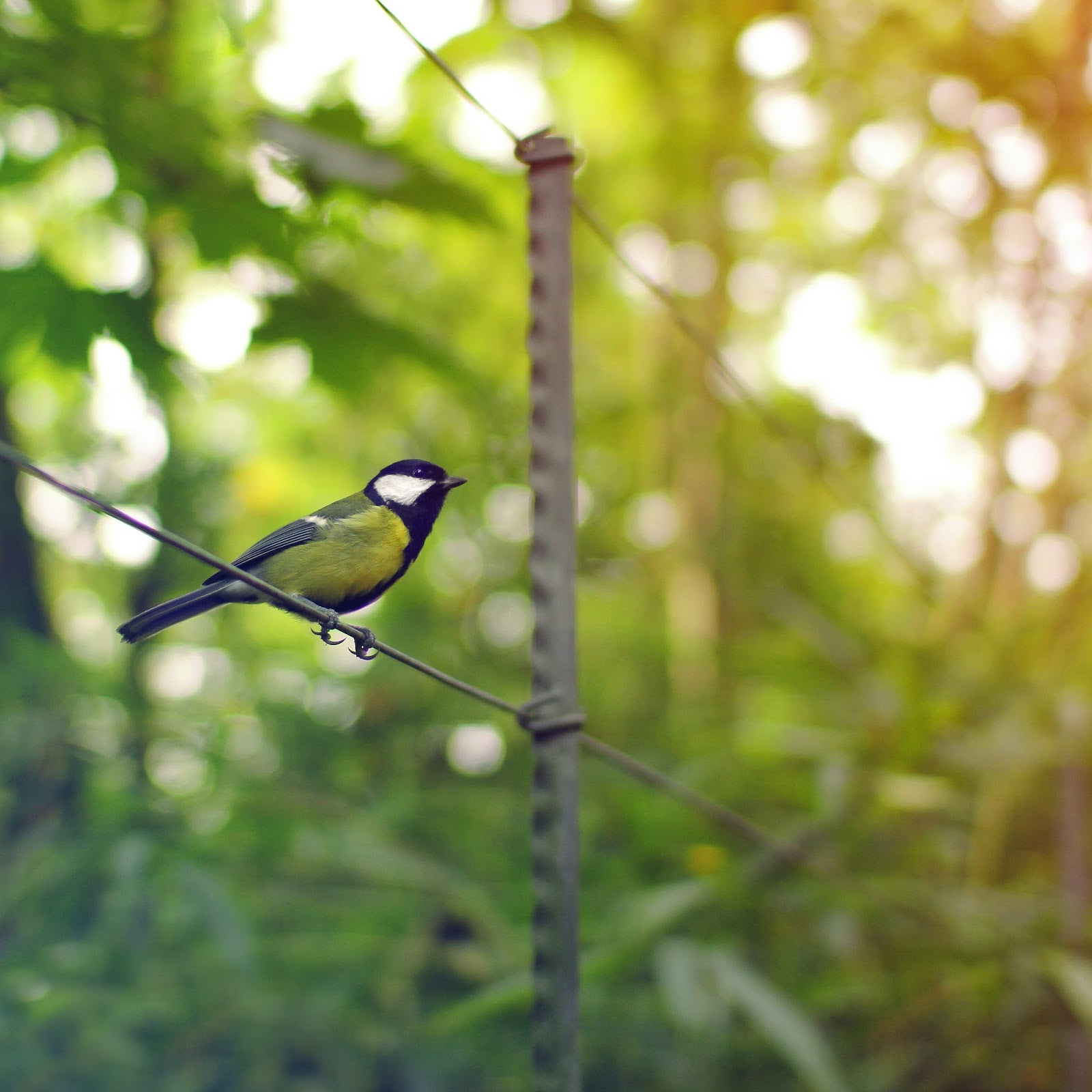 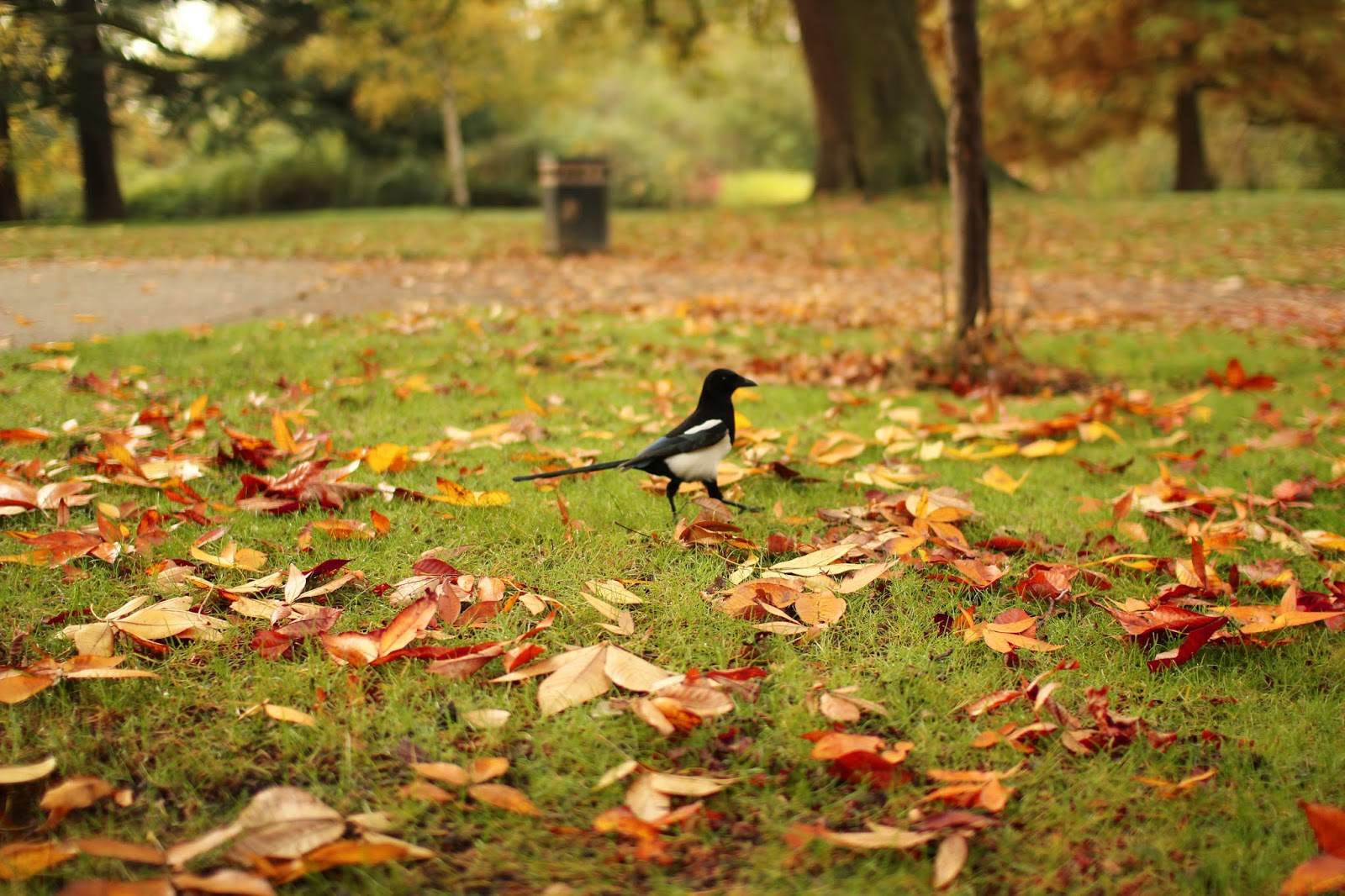 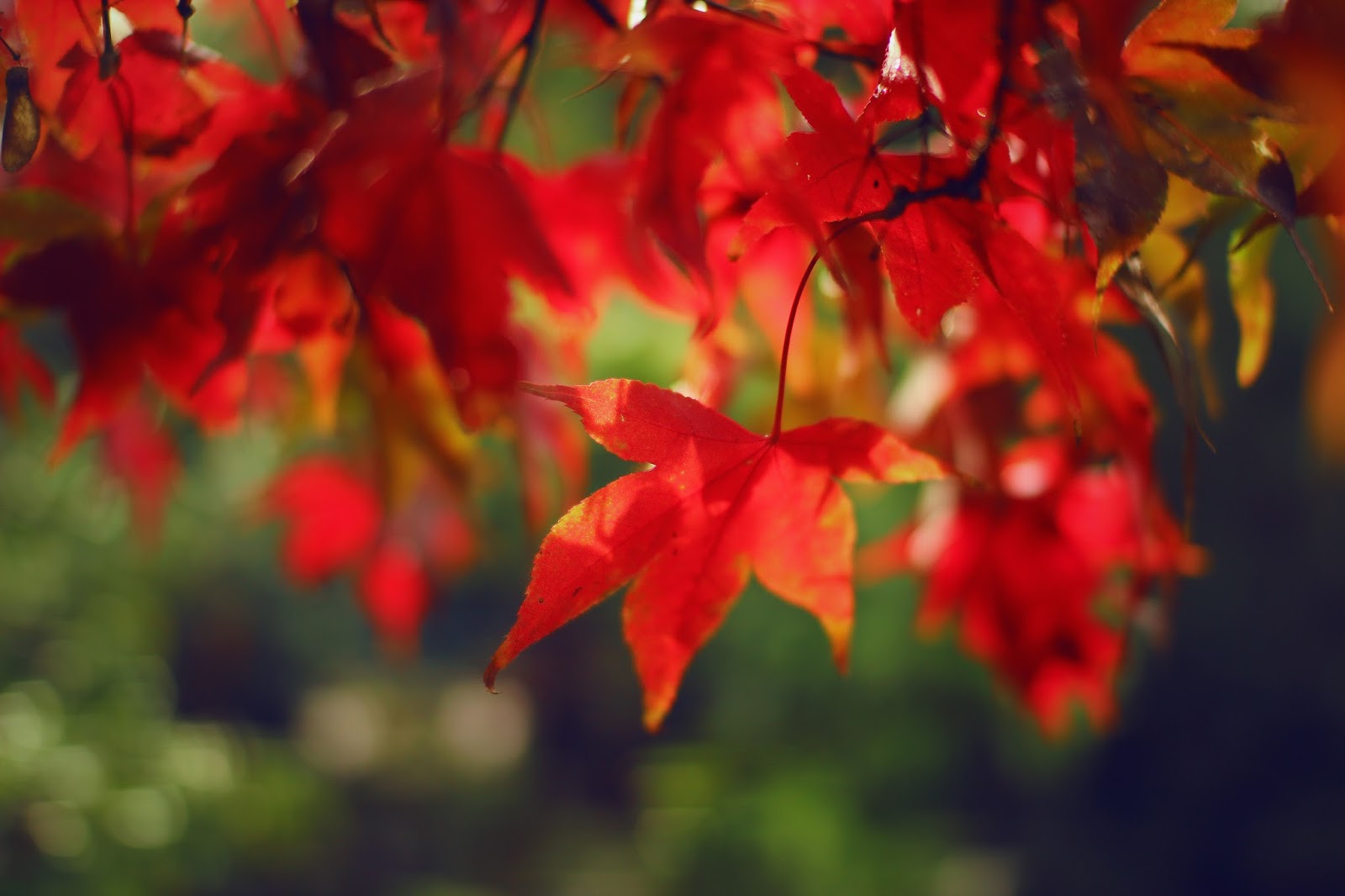 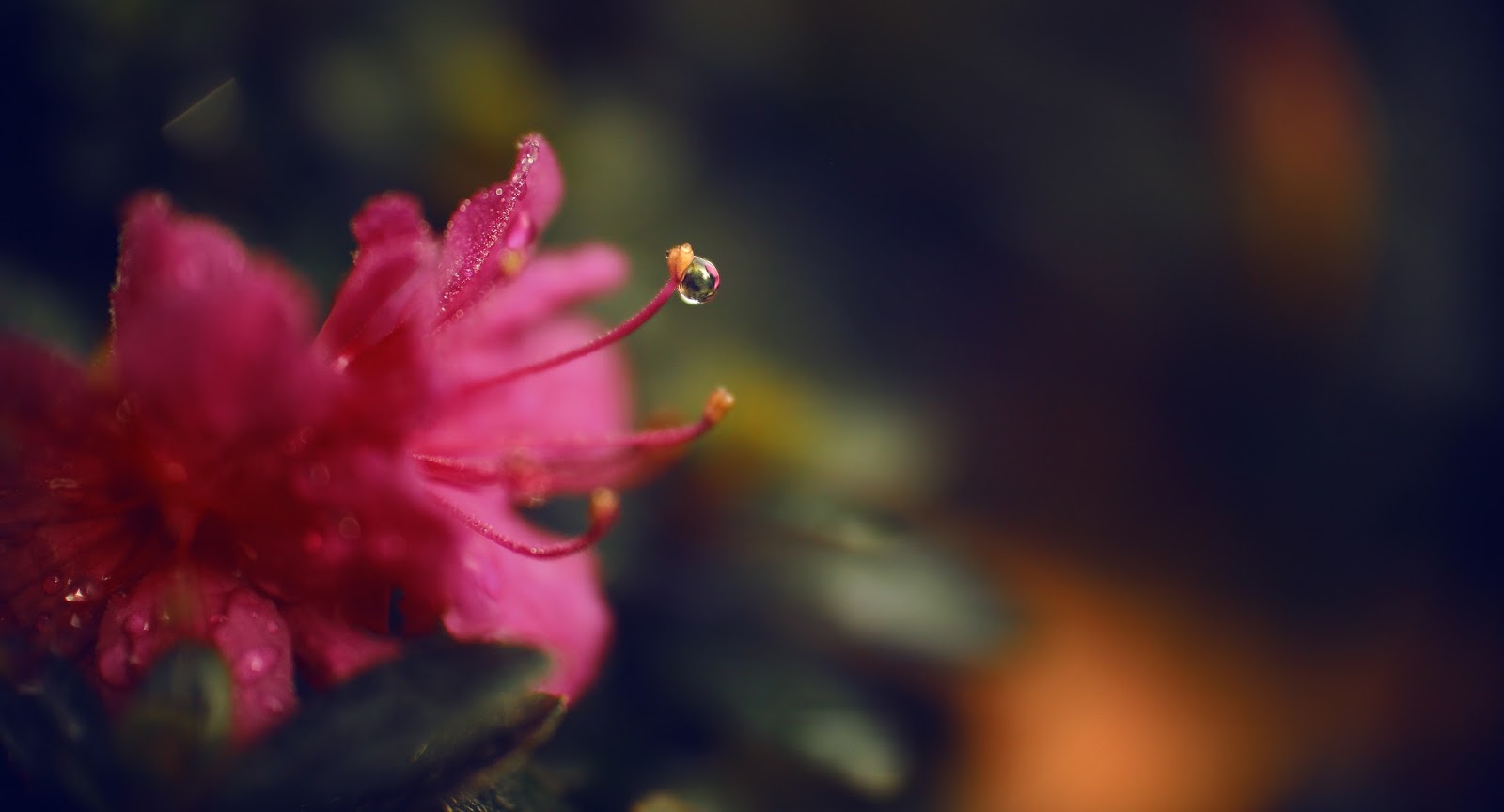 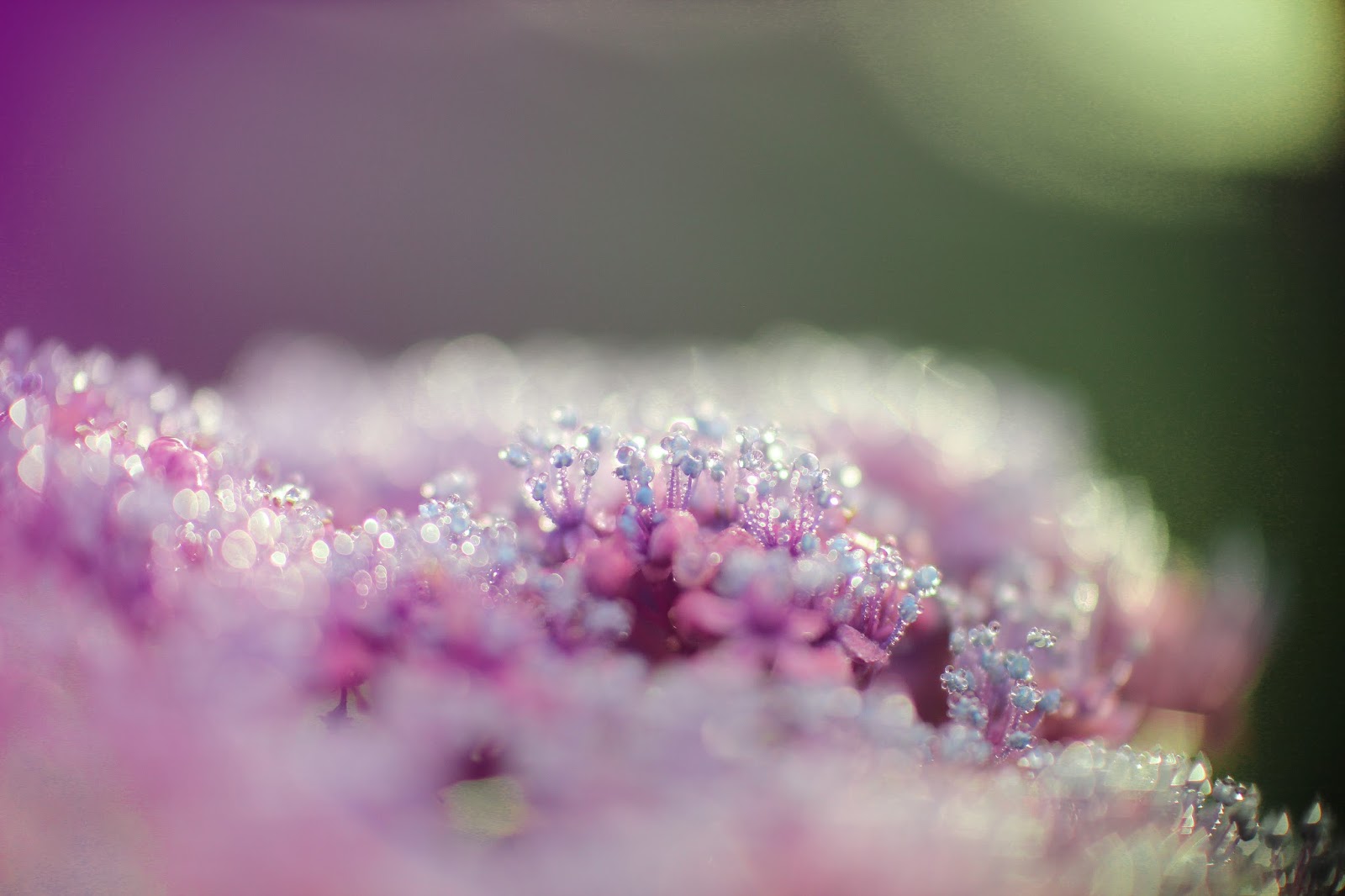 Posted by Mandarinduck at 10:16 No comments:

Just a quick one :)
Today I filled up 5 bird feeders with seeds and peanuts and went away to work for couple of hours. Then I came back to this!!! What a jungle! x
Can you see the squirrel on the tree feeder as well as 4 parrots? There was another squirrel outside the photo and 14 pigeons in total scavenging on the floor! They have this perfectly established system. Squirrels and parrots work on the top and pigeons gather on the floor level. Nothing goes to waste! Yay! 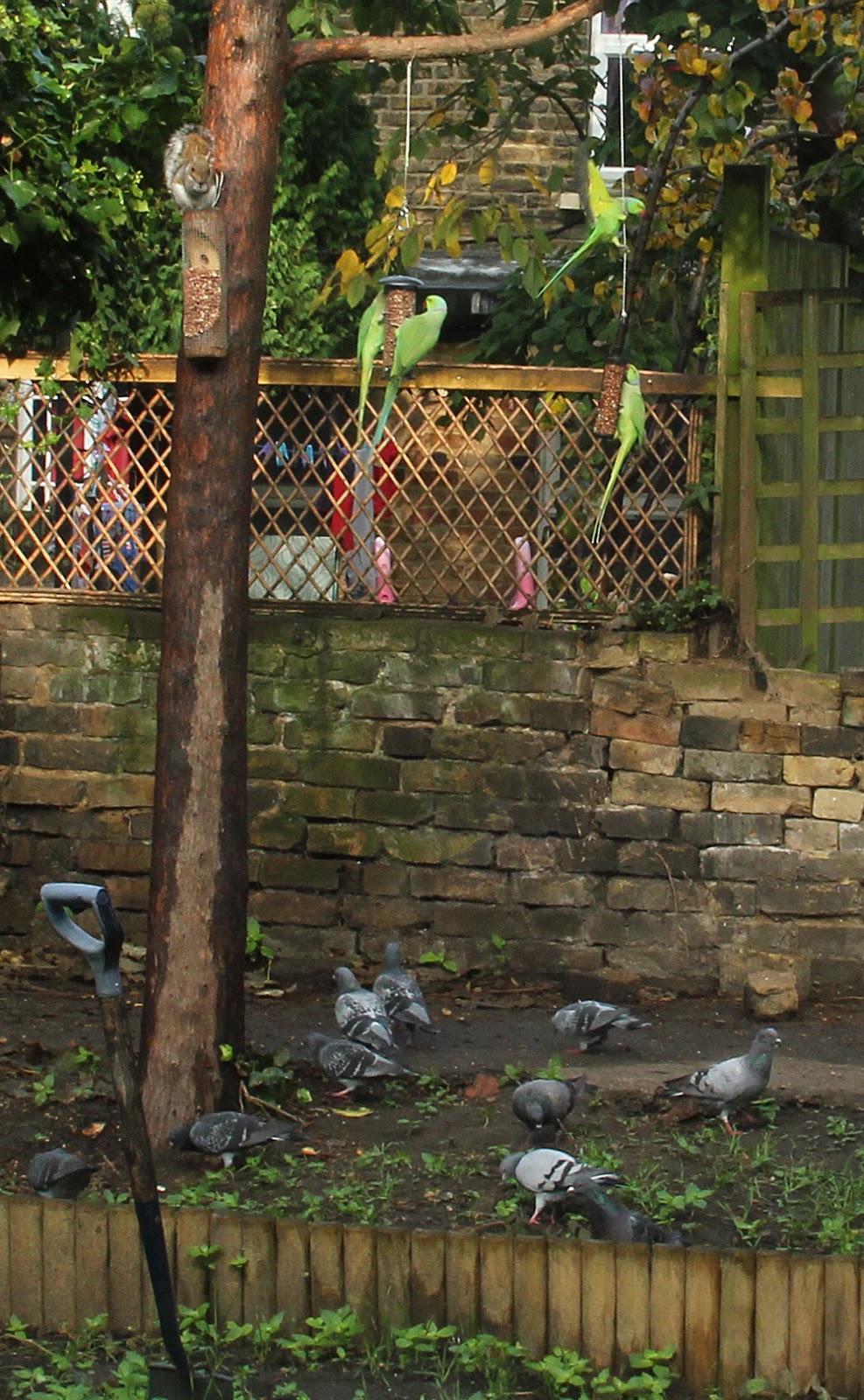 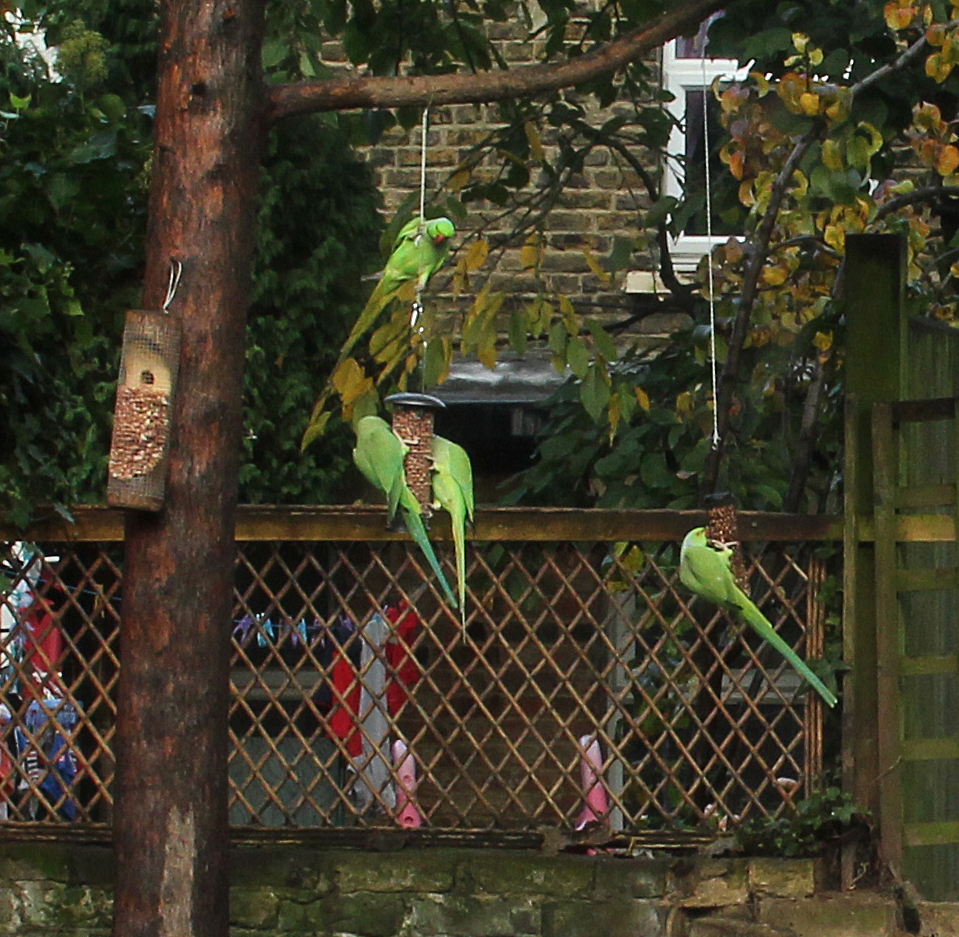 Posted by Mandarinduck at 04:25 No comments:

This is just a short post in my blog diary to post up about the creatures that visit our garden.
We have a family of Jays, 2-3 squirrels, about 3-4 foxes passing by every day regularly, magpies, pigeons ( roof is their home), and today also a pair of green parrots joined the party. I managed to take a picture of a jay and one of the parrots together and then the parrot and a squirrel. Was taking pics from my kitchen window, so it's not a perfect quality, but Ashley says he will try to attach a GoPro camera to the tree next to the bird feeder and then we will be able to see videos of them eating. This will be so exciting. But for now enjoy these two pics!
It's October the 18th and it is 20'C outside. Very warm days for October. 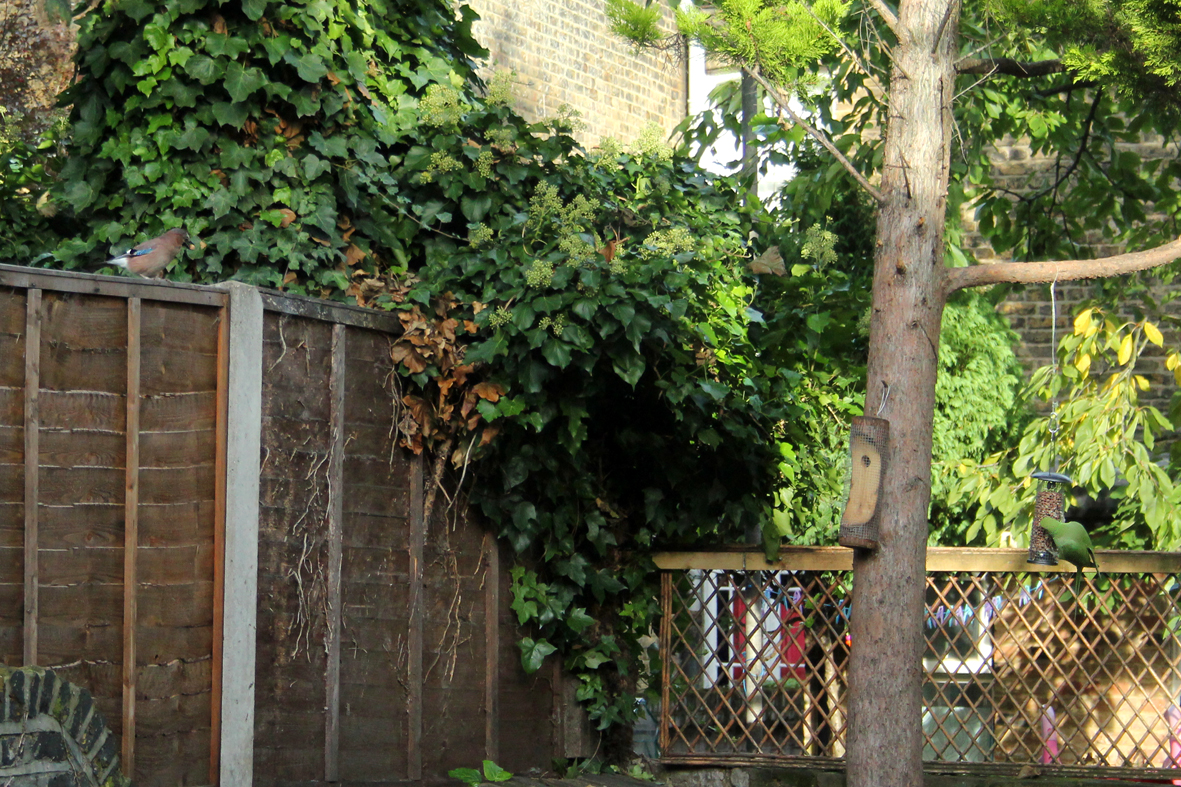 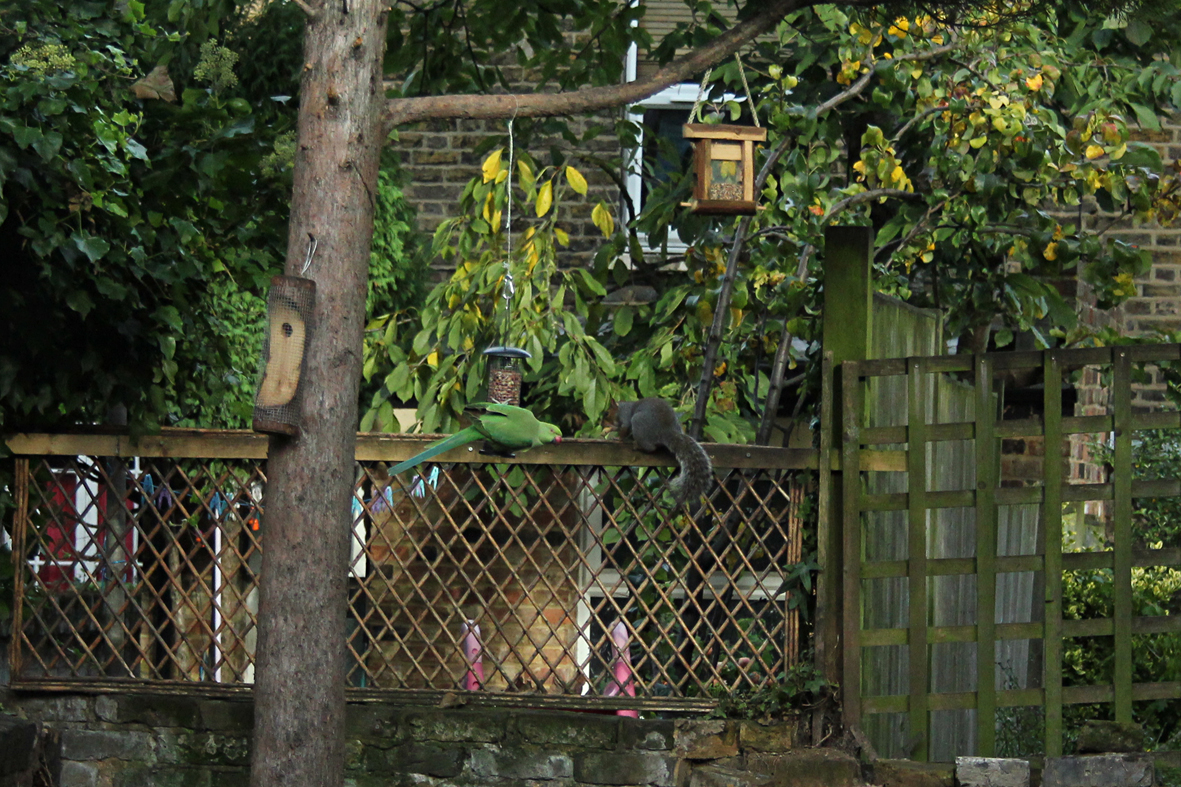 Thanks a lot for reading, 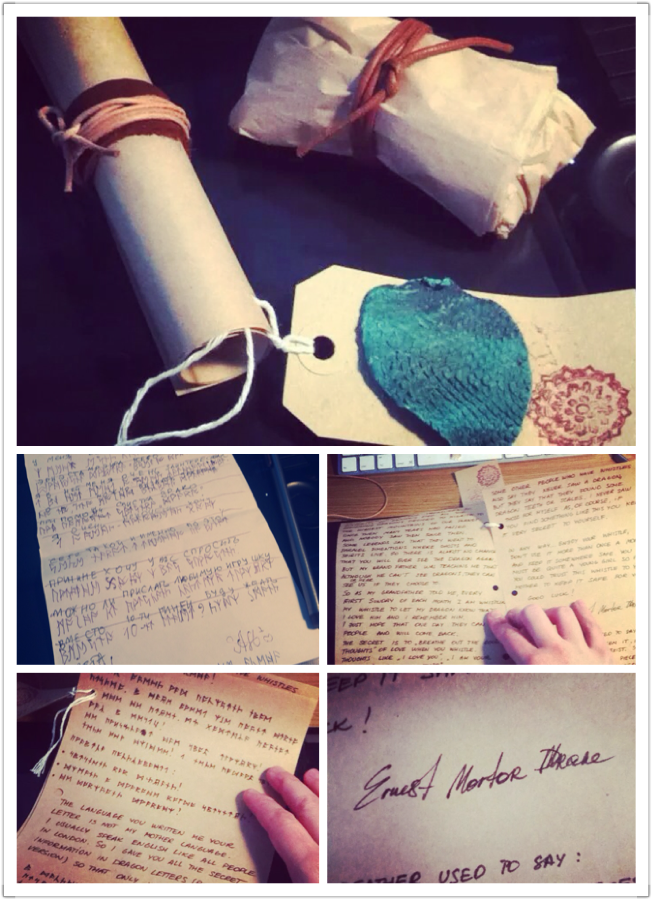 Couple of months ago I saw a post on Facebook written by my very dear friend from Latvia. She was telling her friends a story of her daughter’s obsession with dragons.
Apparently the little girl was given a dragon book as a gift for last Christmas and since then she became completely obsessed with dragons. This book contained a specific dragon alphabet as well as the address of a place based in London, where as the book says, they are making dragon whistles that can summon a real dragon. The girl was confident enough to learn the whole alphabet and to write a letter to London, but wasn’t old enough to send it via post and the mentioned address didn’t even exist in real life, so her mother said that she will see what she can do.

I contacted her after seeing this post and we came up with a plan. She really wanted to keep her daughter’s dream for longer but she also didn’t wanted to tell stupid stories to her daughter which would later on end up being a lie.

After my suggestion she told to her daughter:

“Maybe aunty Mandarinka knows how to get this letter to the right addressee. Maybe the Dragon Whistle Man just changed an address.”
And so they sent the letter to me to find out where the "Whistle Man" lives…

So I received a letter and had to translate every letter from dragon language to Russian letters to find out that in this letter she expresses her sincere will to obtain one of these whistles, but as she doesn’t have any  money she offered her favourite toy for exchange for the whistle…
So I couldn’t resist and I made a whistle for her and I wrote her a letter that says:

Dear Aljona,
I was very pleased to receive your letter as almost no one these days writes to our little whistle shop and we only check the post there once a month. I am very pleased to tell you that we still have some whistles left and each of them is attached to a particular dragon. We are not selling them any more and are just keeping them to ourselves. But I was so pleased to see your interest that I decided to just give it to you for free.You can keep your favourite toy. Usually I would never give to anyone one of our precious whistles, but just because you are so young and I am very proud that you are interested in dragons, I will make one just for you.
I must tell you something you should know. Dragons existed on our planet long ago together with Dinosaurs and long after them , but because many people started to hunt them for their skin and teeth, dragons started to die very fast. The remaining dragons decided to migrate deep in the mountains of our Planet Earth. Some other legends and people are saying that dragons became invisible and are now living amongst us but in parallel dimensions, like kind spirits. Dragon’s stopped trusting people and so we can’t see them anymore.

Although we are still keeping our whistling tradition and every first Sunday of each month we are going to a particular place and we are whistling in hope that once the dragons will forgive humans and come back to us. For many hundreds years our grand grand fathers were doing this, but we didn’t see anything. Some whistle obtainers sometimes report finding a tooth or a dragon scale, but they like to keep it to themselves, so we don’t have any examples to prove that.

So before you have your whistle, you need to know how to use it.
It’s not a regular whistle even if it may look like one. Sometimes you will notice that it doesn’t sound at all, but if you blow hard enough it can make a loud sound.
The idea is not to make a lot of noise with it. The idea of “dragon whistling” is that you blow into the whistle very slightly and think about the dragon, imagine it. Dragons that live in parallel dimensions can’t hear the whistle anyway, but they can clearly feel your thought about it and a vibration of your breath, as if you would be there next to him. So thoughts are your best friends to connect with dragons. You don’t see them, but they may choose to see you and everything you are doing if they will become close to you.

Try not to whistle too often. As legends say, dragon’s don’t like a lot of noise, so whistling once a month, like we are doing it, on the first Sunday of each month would be just enough to let the dragon know that you love him , that you remember about him and that you would love to see him. All the rest will be up to the dragon. He may never come. But as they say, if you haven’t seen something, it doesn’t mean that it doesn’t exist. So keep trying and keep believing.

Unfortunately as a whistle maker I can’t promise you more than that. I myself never saw a dragon, but I am a person from the family of ‘dragon whistle” makers, so I keep my family tradition and make whistles whenever someone requests one.
My grandfather once brought this beautiful turquoise piece of skin that looks just like a dragon skin. I can't be sure that it is, but I cut a little piece of it to share with you. I am sure you will like it.

I am wishing you good luck.
Reggards,
Ernest Mortor Drake

I hope you enjoyed my story and with all my heart I wish that this little girl would love the story and wouldn't make a big deal of it, still would keep dreaming about dragons and feel happy about having such a precious whistle and a piece of "potentially" a dragon skin!
On it's belly it says: "Faithful to you".. in dragon language, of course :)

Thank you for reading this story,
Hugs x 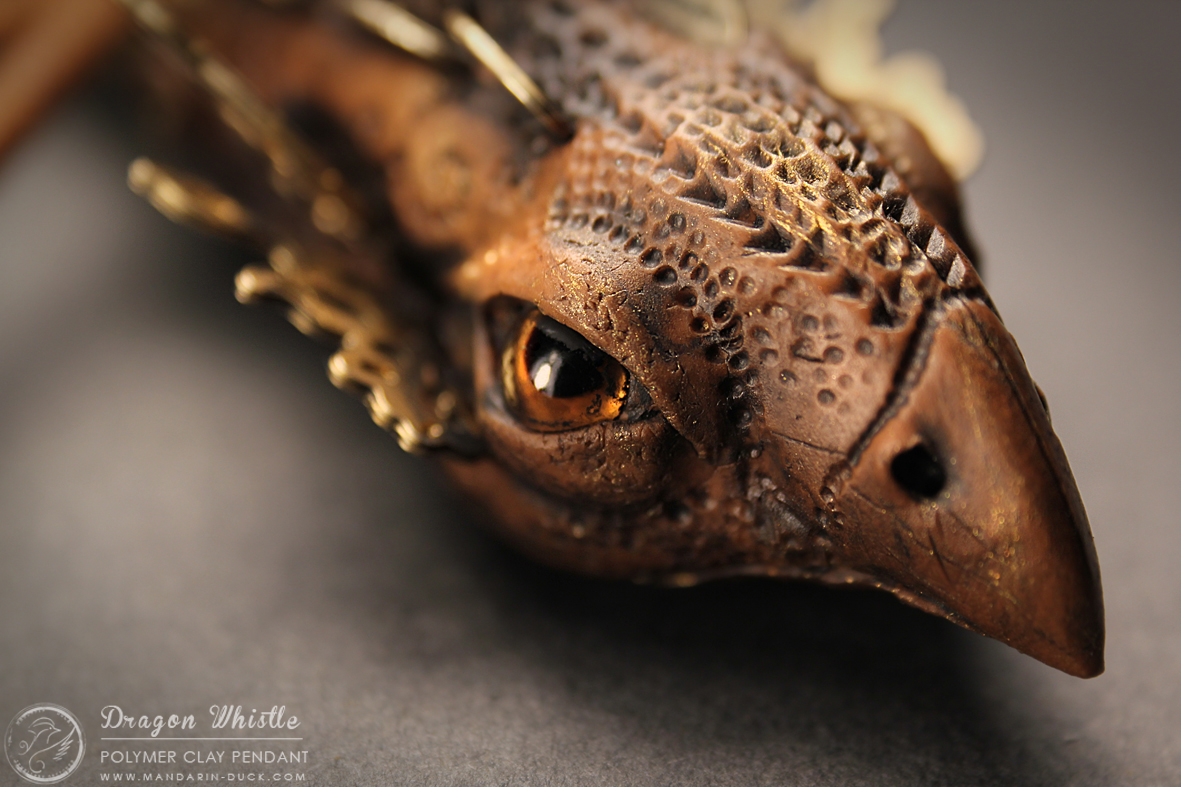 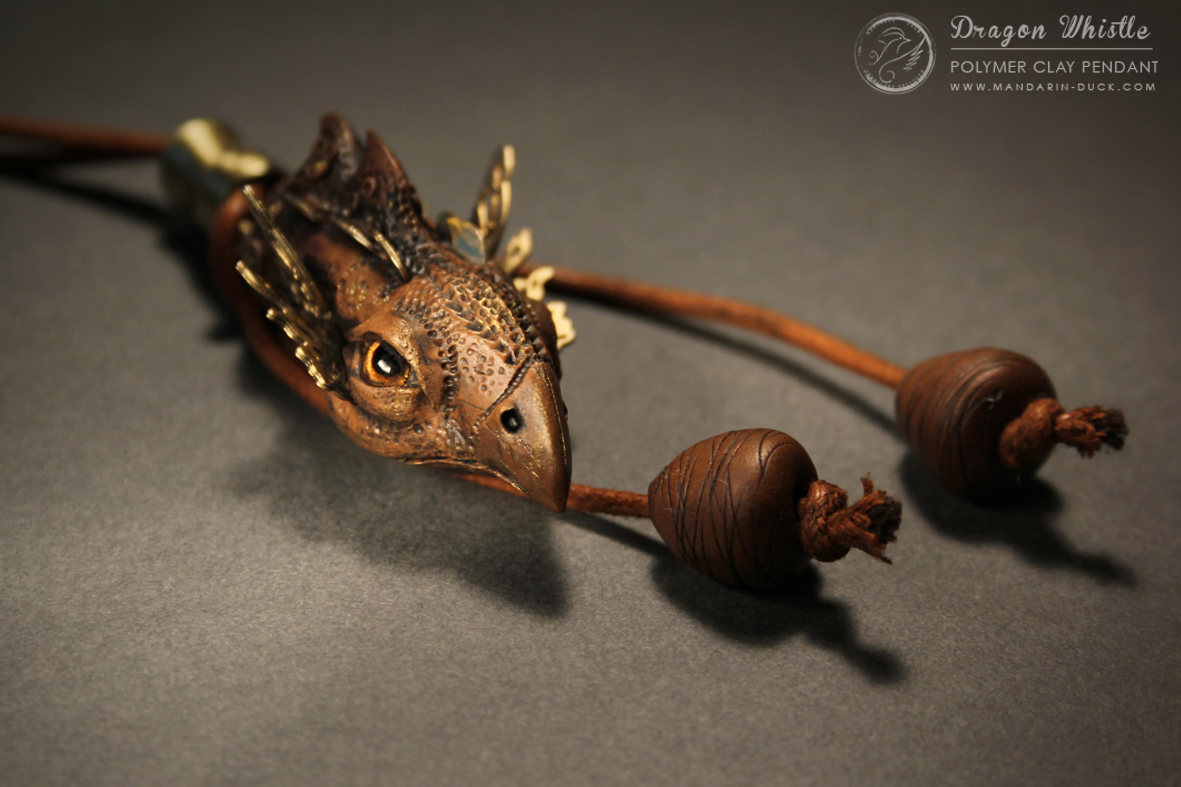 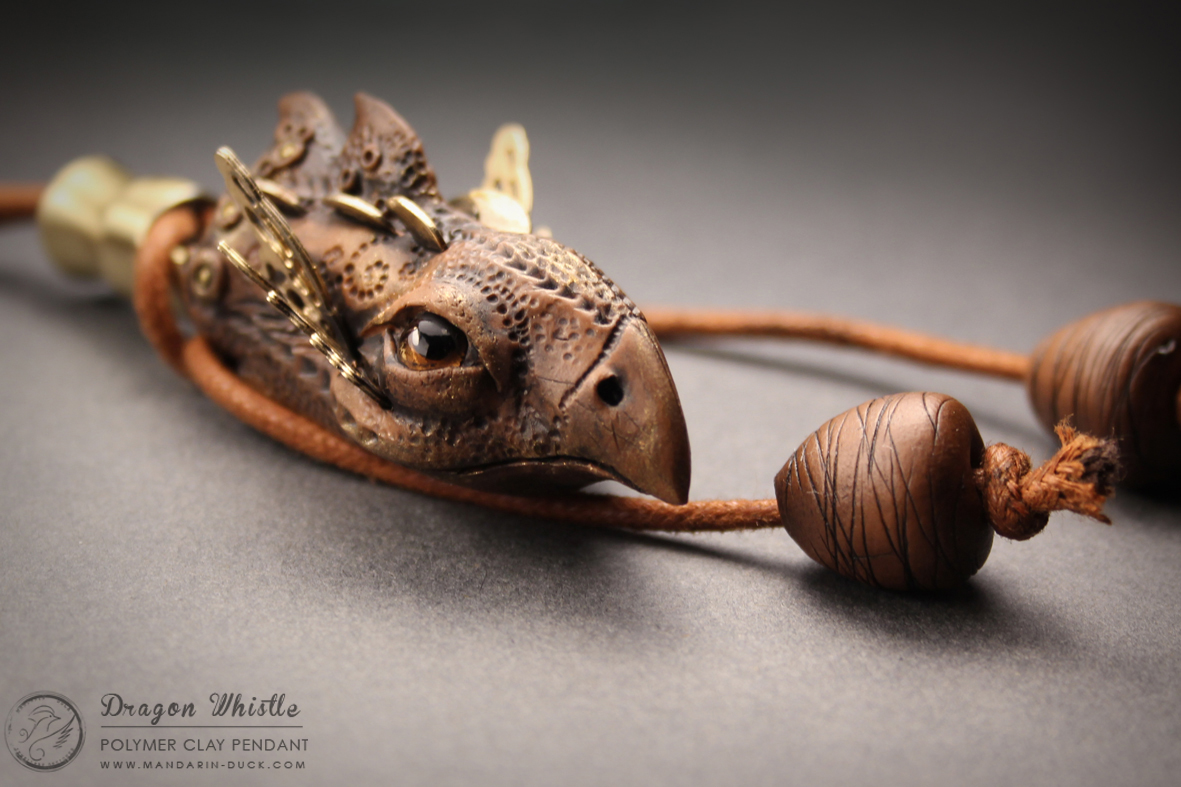 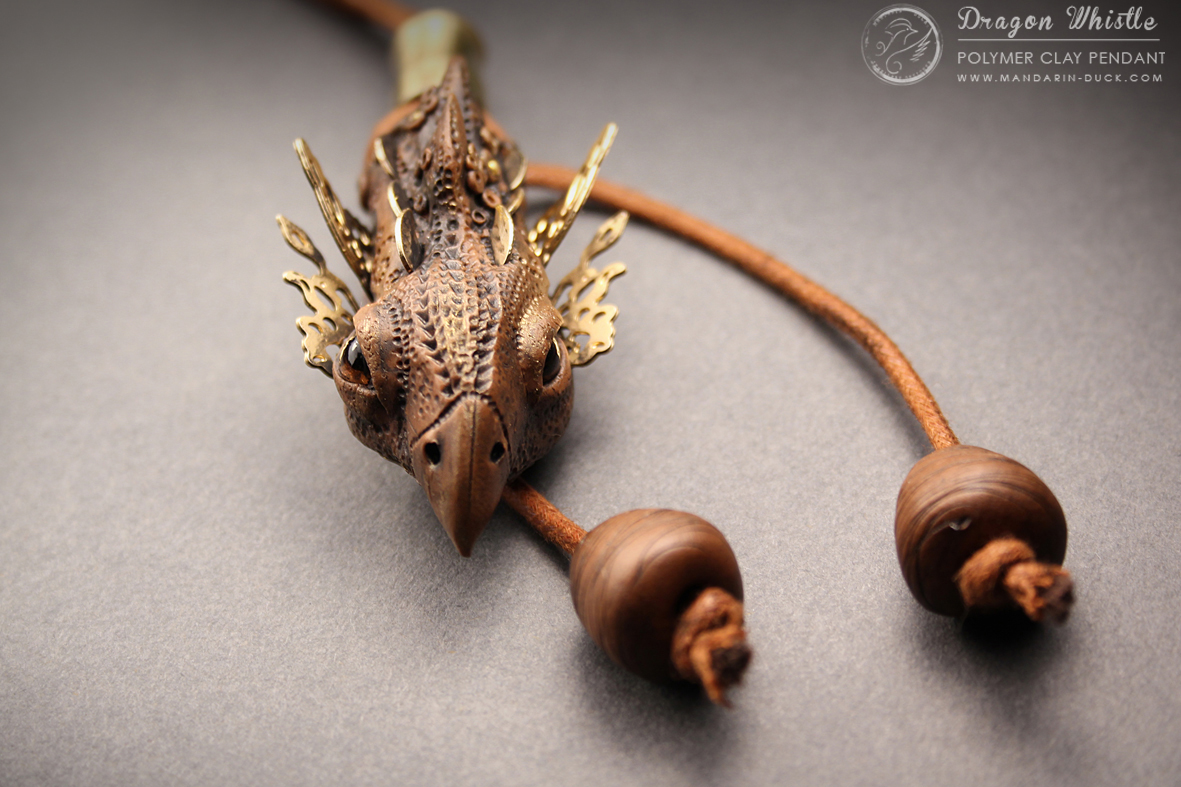 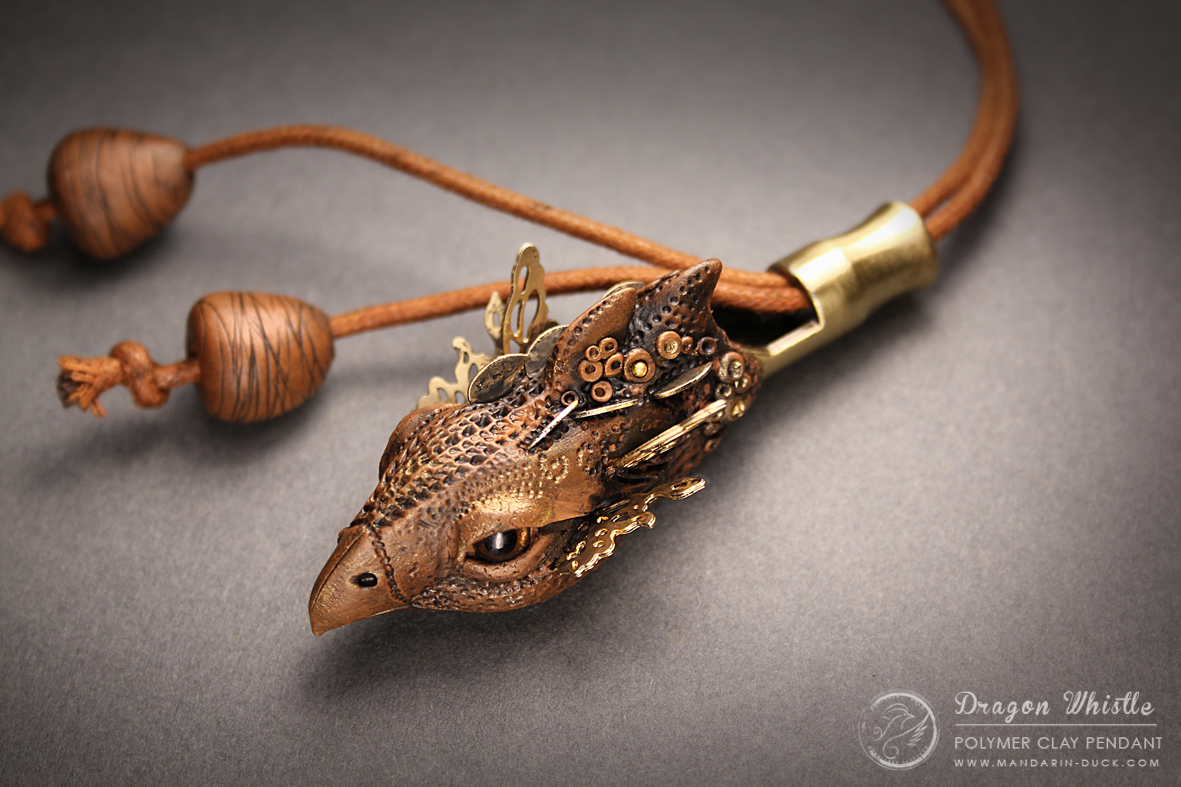 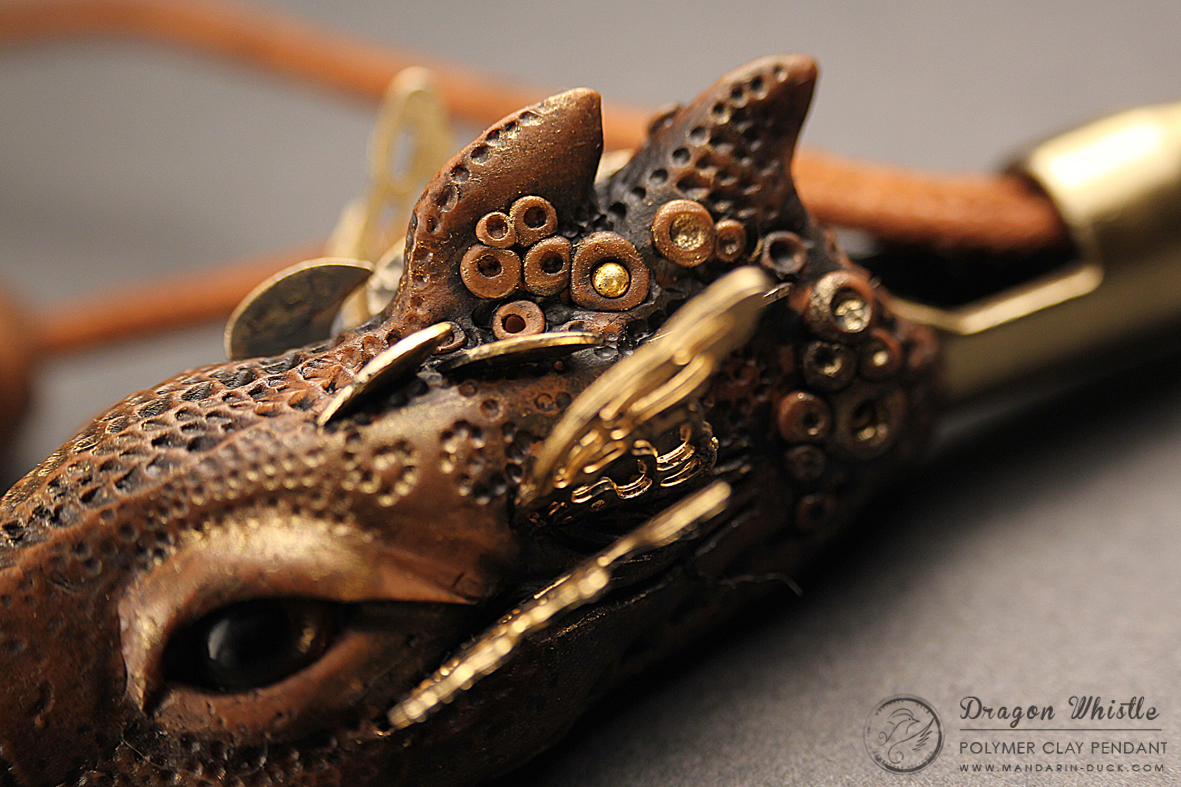 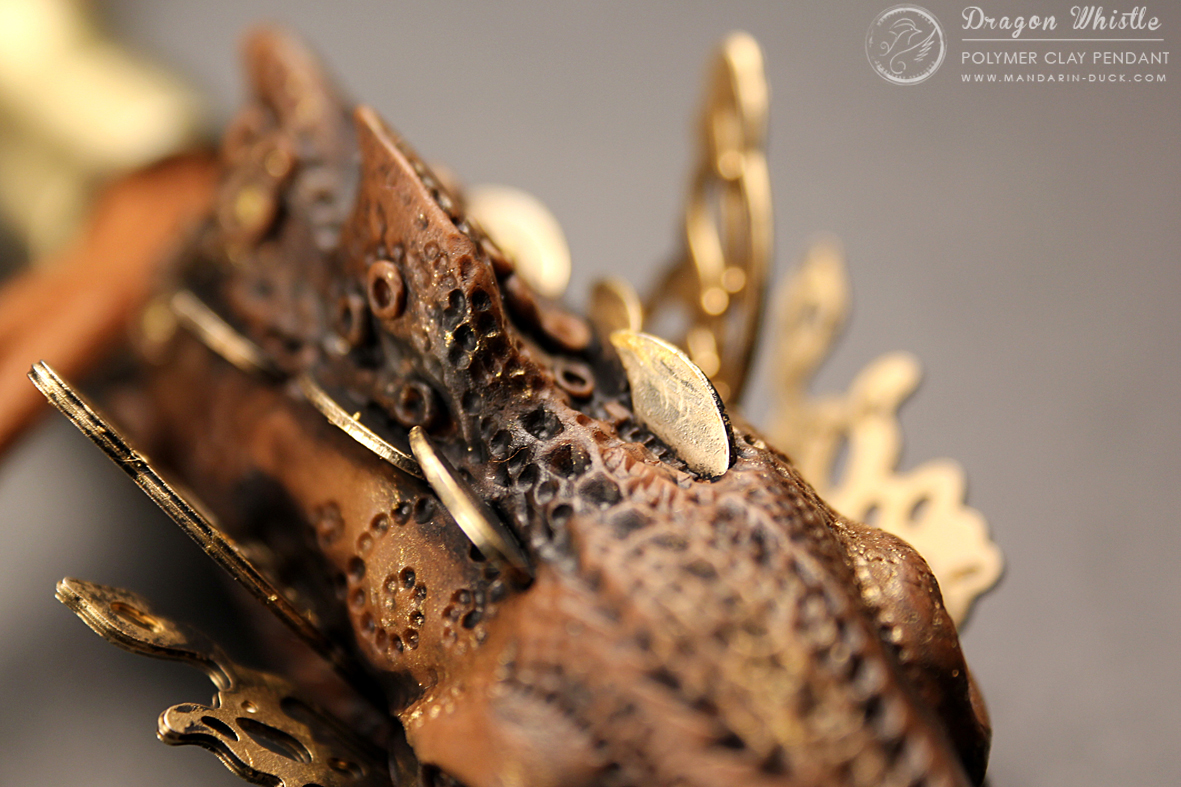 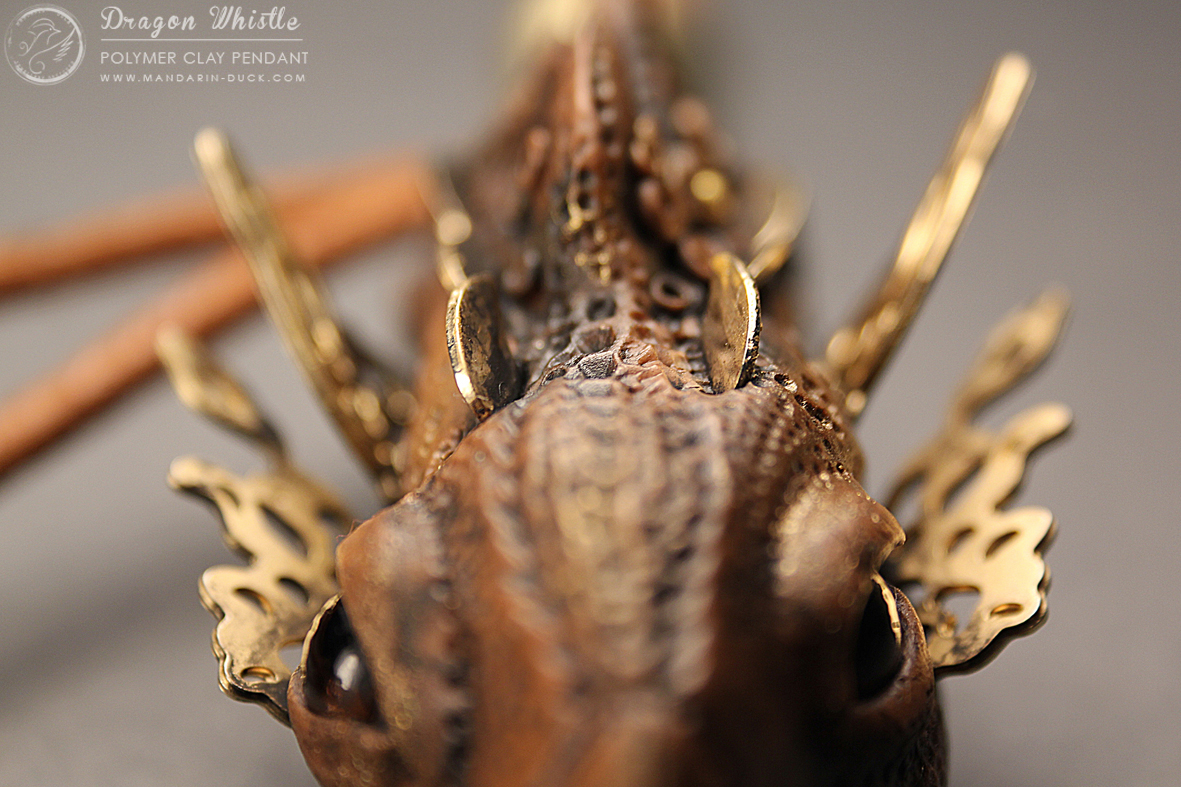 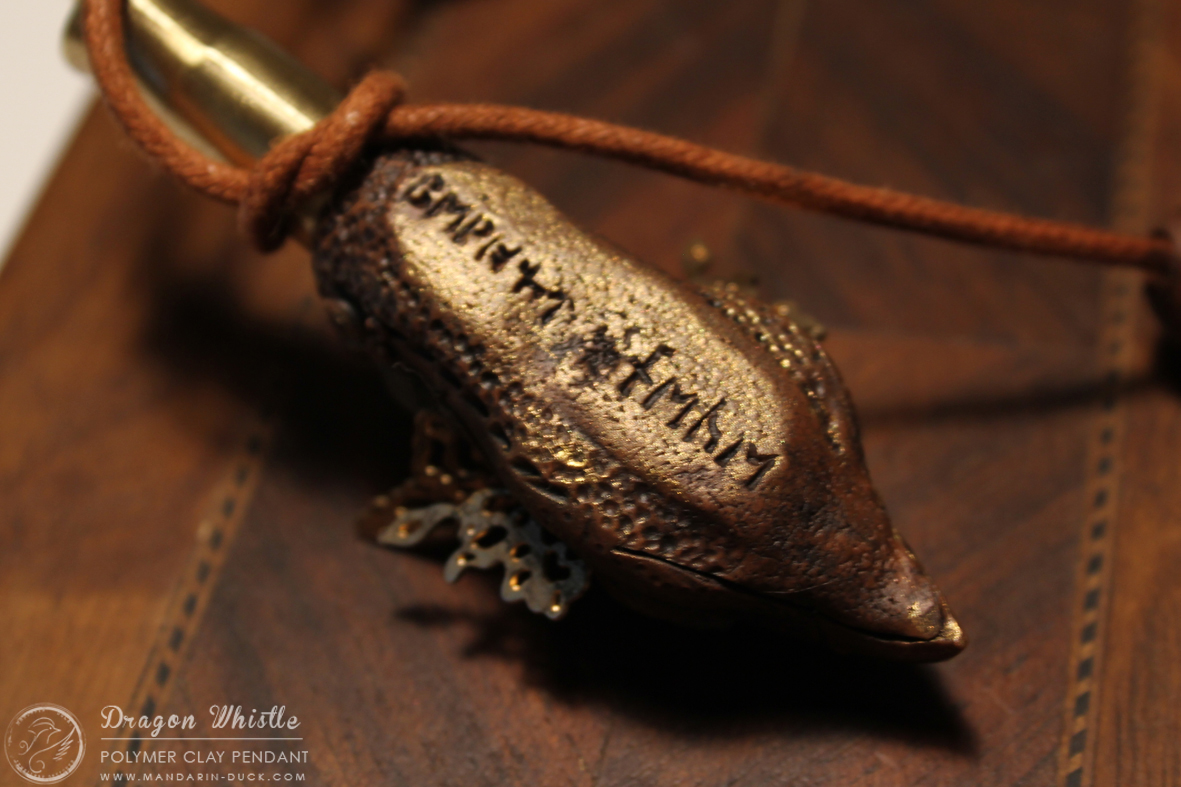 I missed you a lot because I was very busy moving house. It's been 2 months since I moved but some parts of it are still in quite a messy state! Although I would like to share with you some decorating progress! Less talk, more pictures:
Make sure you click on them to see them bigger!

And yes, my studio is not ready yet to show to anyone :) 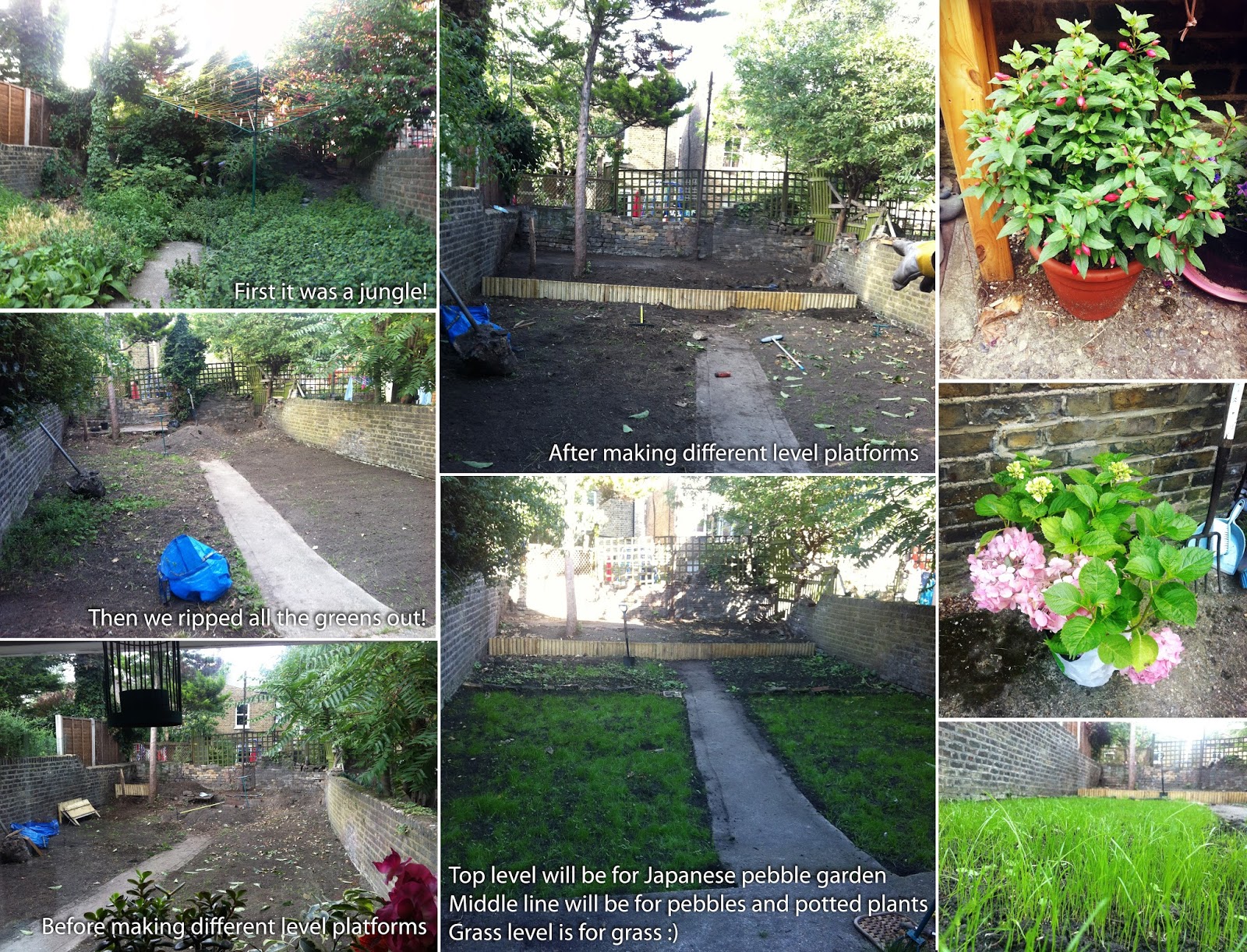