I would like to show you my newest necklace "Radharani's Dreams". 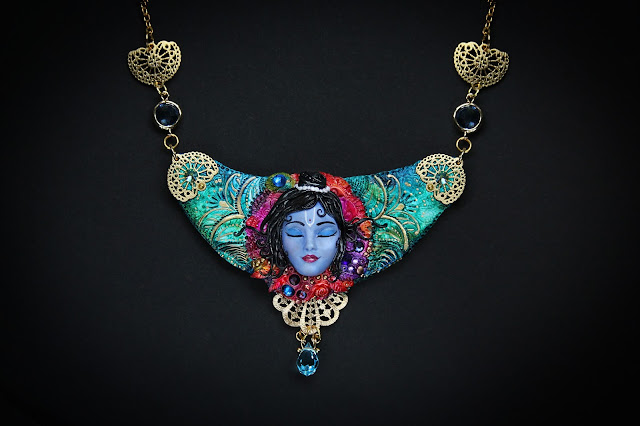 This necklace was inspired by my deep interest in Hinduism and India in general.
This piece is very special and it's main element is Krishna's Face. Krishna is the God of all Gods according to Vedas (Ancient Indian Manuscripts) and same as Jesus, Krishna was once walking and breathing on this Planet. He also had a lover, the most beautiful girl Radharani. She was so madly devoted to Krishna, that all she could ever think of was Krishna. Therefore I decided to call this necklace "Radharani's dreams", as when we are remembering out loved one, we usually see his or her face in the most beautiful light and atmosphere and our feelings have all the colors of the rainbow. 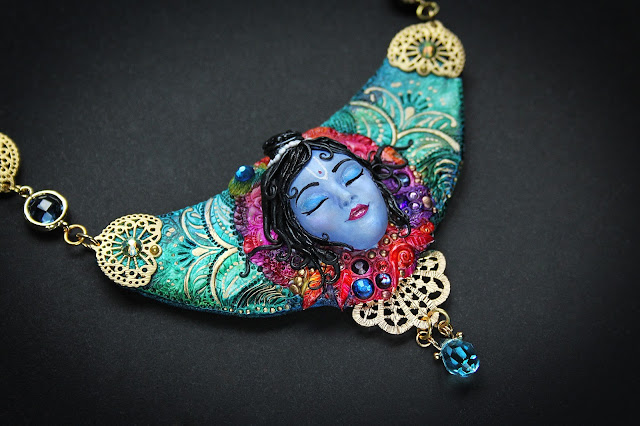 Golden elements on the chain and the necklace look like beautiful golden peacocks, one of Krishna's main symbols. Shimmery and magical light blue swarovski crystal in a drop shape represents the tear drop of love, anticipation, blues, longing and missing a person you love. 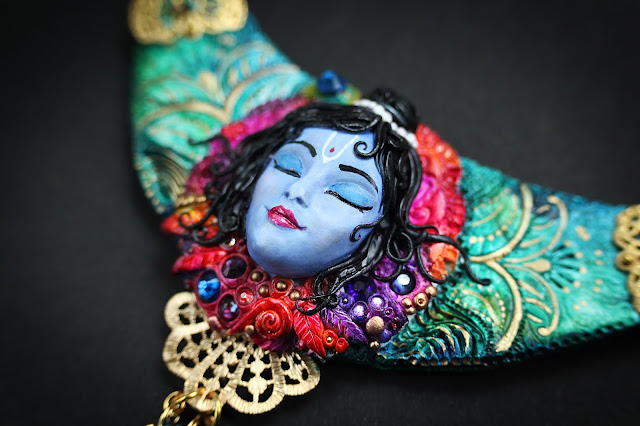 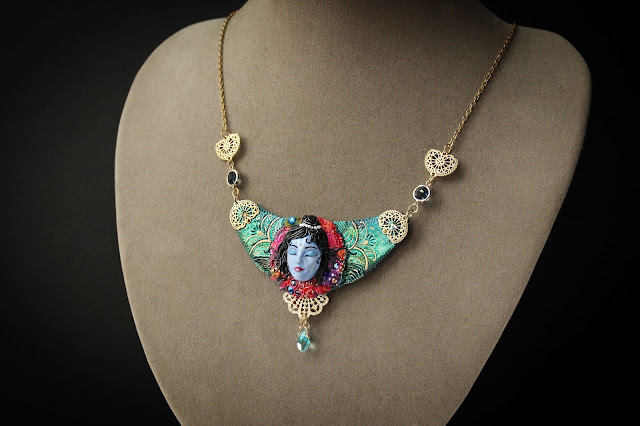 So this is how Radharani passes her lonely days when Krishna is far away from her. She dreams of him eternally and always and her feeling overflow her soul so much that she can't hold the tears.

Thank you very much for reading, 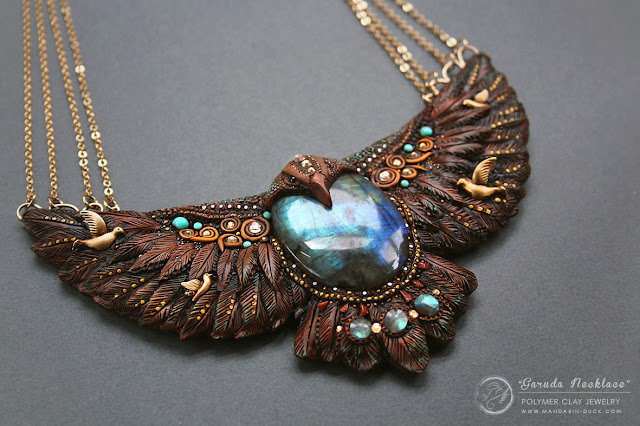