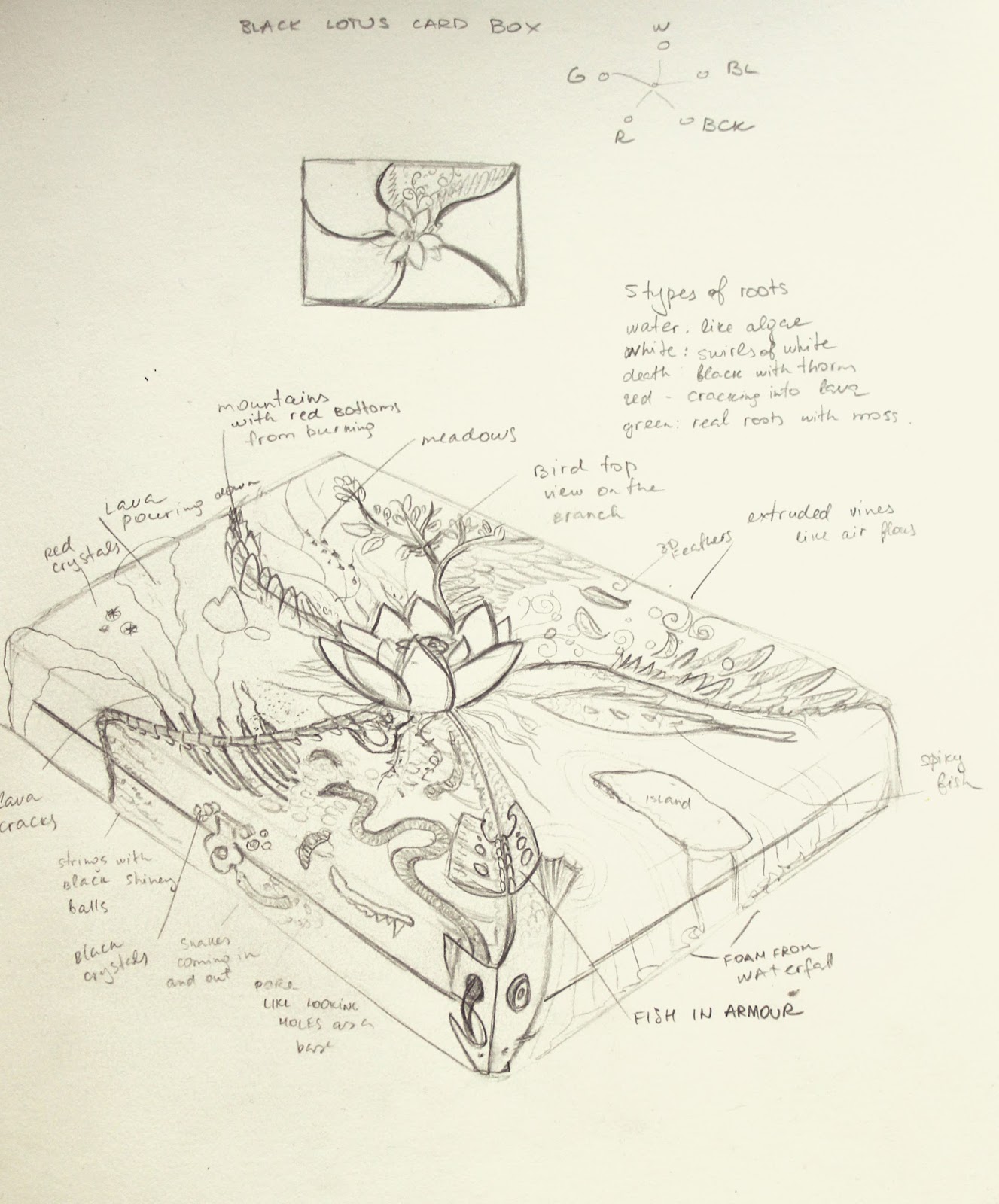 Couple of months ago I was contacted by a lovely italian customer requesting a very unusual custom order. He wanted me to create a special box that would relate to an old but still very popular card game "Magic: The Gathering". He is an owner of one of the rarest cards "Black Lotus" and it apparently is very unique and expensive and so he required a very special box to go with it so that he can keep the card inside.

The idea we came up with was quite unique and challenging as it required some knowledge and some rules and a lot of things was supposed to be going on on top of this box without looking funny or too much over the roof.
First I came up with the sketch which was approved by the client. Click on it to zoom in (picture on the left).

I was quite excited to work on this project as it was quite challenging, especially the lava part but I will get to it later.

So the whole idea of the game is that there is 5 different types of Magic Mana. White, Blue, Black, Red and Green. Each of these magic mamas have their own creatures, weapons, qualities, symbols e.c.t
I won't go to deep into it as you can find out more in Google about this game if you wish. But.. as the result of my exploration and my customer's dedicated guidance we came up with this box in the end.
As this box will protect the "Black Lotus" card it was decided to put the black lotus in the middle of the composition. Some of my friends said that this bow is like a journey of Frodo from Lord of the Rings, where it all starts in shire, then they get to elves, then they cross the big river and go to deadly marshes and boggy places and end up in Mordor. I guess in all magic games, stories and movies all sorts of similar magical powers and elements do have place to exist. 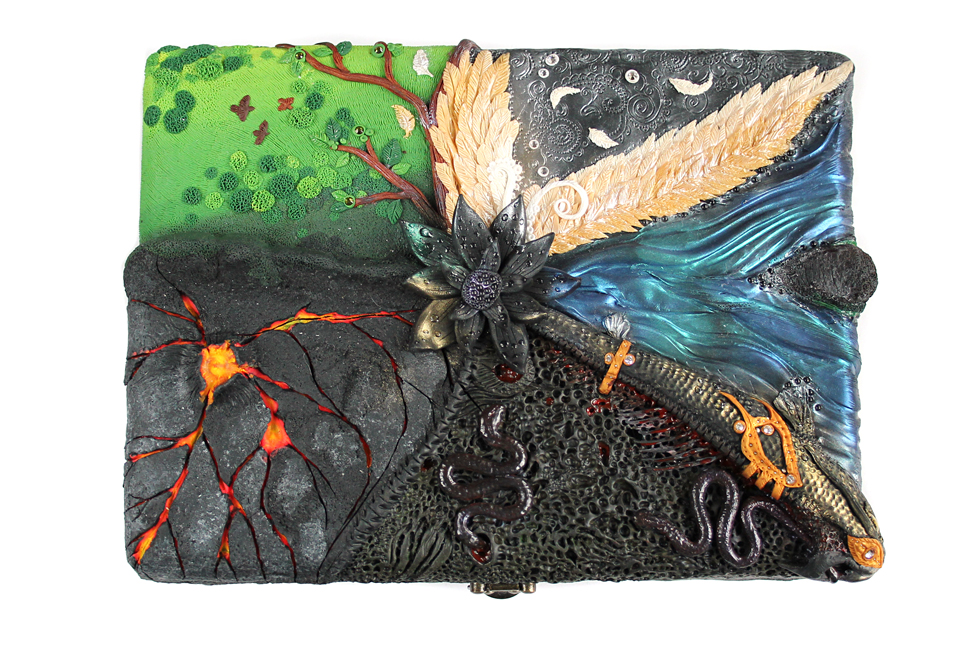 The most challenging elements was  fire and Lava and water with a waterfall. These are things that are very hard to show as lava is supposed to burn and glow, steam and pour.. and so it was hard to understand the physics of it and I had to research on volcano eruption pictures finally succeed. 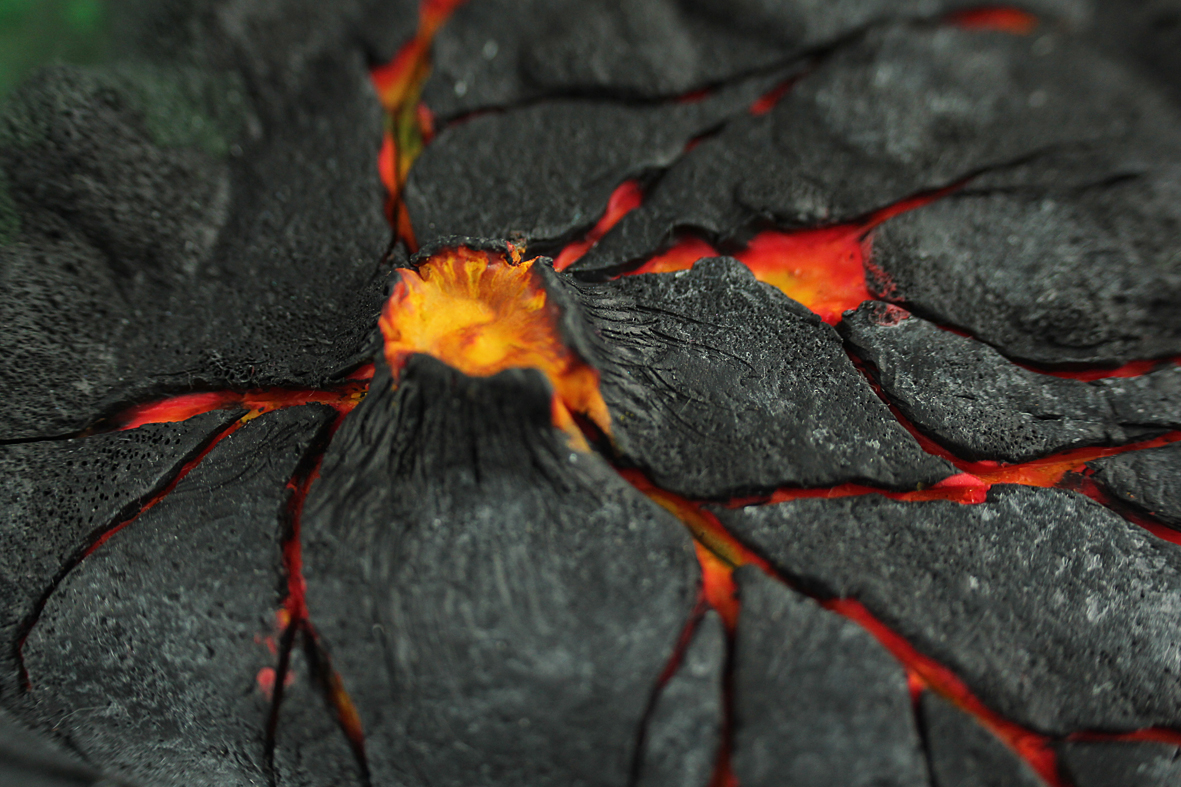 Same was with water where I had to create a flow and a feel of liquid and transparent from something hard and solid. 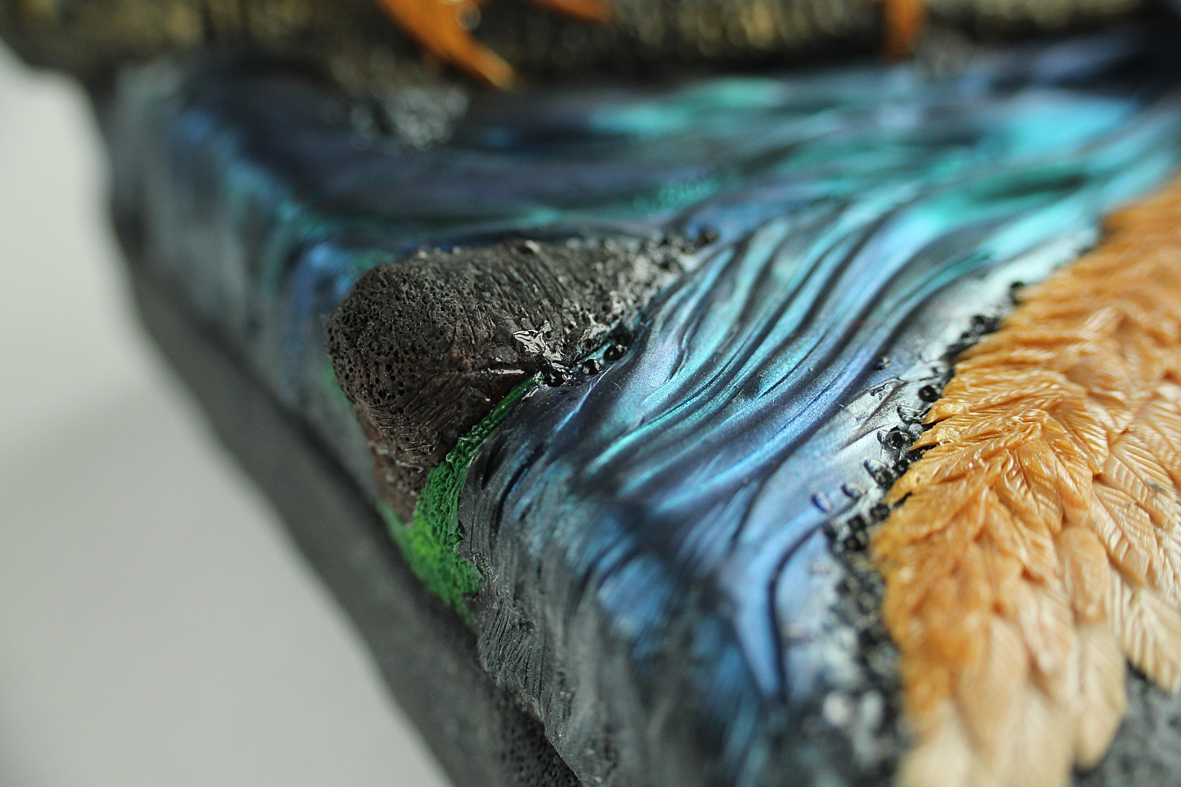 You can see about 20 other pictures of this box here in my Flickr Gallery (Boxes).

Posted by Mandarinduck at 14:12